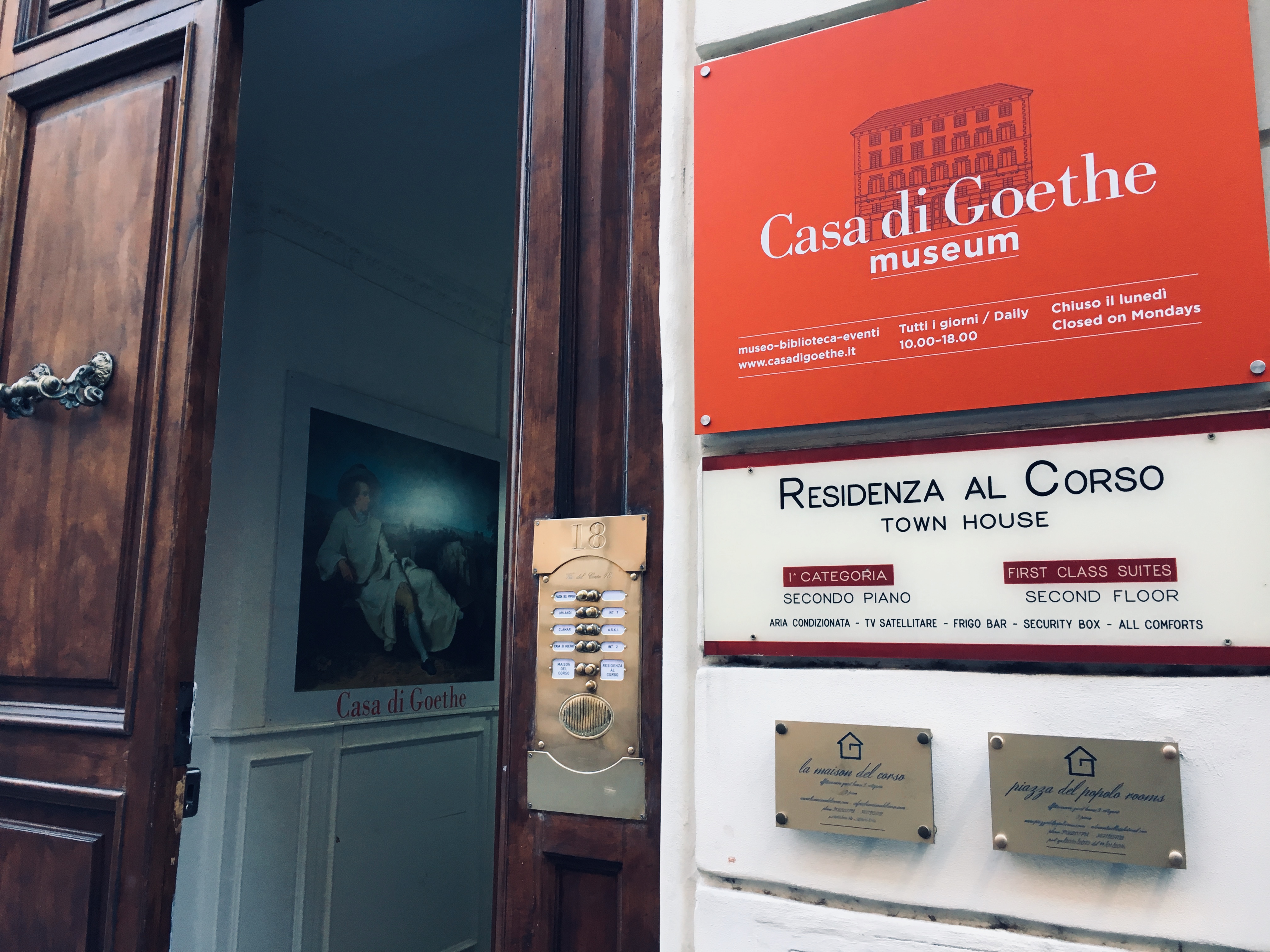 Italy and its culture have always exerted a large fascination on German writers and artists. It is what literary critics call “The myth of the German voyage in Italy”. From 18th century, many German writers decided to move to Italy and learn directly about its art, literature and history.

Goethe is maybe the most representative figure to all effects. He started his Italian experience on 30th October 1786 when he was already an international author. He chose, therefore, a pseudonym in order to live freely his bohemian life, until 1788. He used this travel as inspiration for his work “Voyage in Italy”, published many years later in 1816. He also spent a short period in Rome where he stayed in a residence in Via del Corso 18 with other German artists.

This place is now a museum called precisely “Casa di Goethe” (Goethe’s house) which is directed by Mrs. Maria Gazzetti. Her life is very inspirational. In 2013, she came back to Italy, after working for about 20 years in German cultural institutions.

During her interview, she was asked about the role of Italian culture in Germany, nowadays. According to her, Italy still fascinates German artists, but in a different way. It is not possible anymore to find a clear reference to Italian culture in German literature. However, it is still present as a Leitmotiv, i.e. a repetitive theme which is present in the background.

She suggests some German contemporary authors, such as Durs Grünbein who spent a short period in Italy. In his novels, especially in its descriptions it is easy to find the influence of Italian panorama.

Mrs. Gazzetti wants to spread an important message, addressed to Italians who deem that their culture is nowadays underestimated. On the contrary, it seems that Europeans still appreciate and understand the value of Italian culture which has influenced other European cultures for long time.